3 Tips For Dealing With The Voldemort Of Finance

In J.K. Rowling’s Harry Potter series, the antagonist Voldemort is referred to as “You-Know-Who” or “He-Who-Must-Not-Be-Named”. It got me thinking – what are the bad things people know about in finance that they don’t won’t, or can’t, name?

To find out, I spoke to Chris Argent, Founder and Managing Director of GENCFO, who’s had extensive experience as a leader in the finance industry.

When I asked him for a problem there in finance that nobody wants to address, he had an answer: change effort.

“People are part of the problem.”

From having this conversation with Chris, I have created three tips for you to takeaway:

Tip #2: Go into a transformation process with a clear vision

Tip #3: Make an effort with those who may struggle to adapt

You can skip down and read those now, or explore more about why Chris feels that people and change management are an unspoken problem.

Chris explained that many finance leaders want to implement a digital transformation process, but don’t necessarily want to think about what goes into making that happen.

“People don’t want to talk about the change effort required to implement a new tool, change some kind of process or automate what they want to do.”

A big challenge in change effort isn’t about sourcing the right tech, or preparing for the transition – it comes down to the ‘Voldemort’ we don’t want to discuss.

“So, there would be the leadership, or advocates of change. And the way that they tend to approach change is by looking at systems, tools and the inadequacies of the things that they have in the team. The thing that’s often avoided and/or overlooked is helping the people change.”

I asked why that may be, as it seems like something that could be easily addressed.

“It’s overlooked, partly because people don’t see it as a problem,” Chris told me.

So WHO exactly is the problem in finance teams?

From his extensive experience in leading change projects, Chris has met some particularly resistant individuals.

“There would be many times when I’ve been leading programmes of change and people have started out with the statement that they are unique, or they’re different in some way, and therefore the rules do not apply to them.”

“They will lay out a comprehensive case why whatever we’re doing is not relevant, or acceptable in this case. But actually, most of the time, finance operations and finance processes are fairly standard.”

“I’ve had situations where people have literally been crying at change meetings, where they fear their role or their relationship with their stakeholders may change.”

“They fear the nice parts of their job may be eliminated by tech change – it’s just a lack of understanding of the change, and that’s not just on them. That’s on us to communicate.”

When Chris mentioned communication, I realised that it was a way to combat resistance to change effort.

So, I asked him to explain a bit more about how communication can help, and why it’s needed.

“When you talk to CFOs, you get a whole range of feedback. Sometimes, they don’t see [digital change] as relevant to their career or their area, even though their younger team or their graduate team might be coming in with a digital first mindset”.

“They might be working in an industry where the whole culture is based on tradition. So, they don’t see new or more advanced ways of working as relevant to them and would just count themselves out. But that is people getting in the way of progress, rather than the solutions not being there.”

If a big issue is misconception about what change will mean is the problem – well, I’ll let Chris say it:

“We have to communicate regularly so that people understand the change.”

“If you do it top down and talk to leaders who aren’t necessarily that way inclined, or try to get a steering group of people together, that is definitely the right approach from an ideation point of view. But it needs to be a bit of both, because you can’t progress the idea if you don’t have the skills and talent in your team to ask the question.”

Tip #2: Go into a transformation process with a clear vision

The next tip I devised from Chris’ experience is that you need to be clear on what you are doing from the outset if you want to convince team members who may pose a problem.

“It’s an elephant in the room that there may be people within your team who have no interest in supporting this change,” Chris told me.

“If you don’t go out with a vision, whether it’s just changing something small or something end to end process wise, and you don’t manage hearts and minds as part of that change, then you’re not going to get very far.”

“It’s easy to set a big goal, but it’s hard to break it down and to keep people on that journey.”

“I think starting with individuals, and giving them the skills to then demonstrate that there is value in this change will encourage everybody to get on board with it.”

Tip #3: Make an effort with those who may struggle to adapt

I asked Chris if a generation gap may be the cause for some to have an issue with dedicating themselves to the change effort.

He thinks there is, but told me it was “not for the reason you may think.”

“Many senior leaders in finance have never had a formal education around computer science, or coding, or data analytics. They don’t feel comfortable with the subject.”

“So, there is a correlation between the age of a leader and their attitude towards tech change within their team – but actually, the cause isn’t the age, it’s the fact that they maybe aren’t close enough to this change – which is why we look to educate those people.”

“I wouldn’t want to be patronising to those who are leading a change, but, we know as a community that they are the few, not the many.”

If members of the team who are junior but more open to transformation and digital upskilling are able to help their superiors, they should. Chris emphasised the importance of “reverse mentoring” for supporting everyone in a team adapt to change.

Should you be helping? Or should they be helping themselves?

I asked Chris if he thought that it was up to an individual to get more used to technology, or if the whole industry needed to make a collective effort to help.

“It’s both, that’s a sort of chicken or egg kind of question. If you’re empowering individuals, if you’re training individuals, giving individuals an opportunity to do data analytics or or learn data skills, lead change or communicate in a more visual data visual way, then that’s going to lead to more support for that thing, more interest in that thing.”

“Therefore, you’re going to get a consensus in the direction you want to go, and then you’ll form a wider view on where you should be going with it.”

So, make sure to be pioneering the change yourself if you would like to see it spread amongst your team.

If YOU are struggling with change, here’s what to do

Does the description of the people who can be problematic for change effort sound like you? If so, I’ve got you covered. I asked Chris what advise he would give if he was speaking to an individual struggling with change:

“I first of all would say that I sympathise with the demands of any CFO and any finance team. We have been critical to the survival of a lot of businesses over the last two years.”

“However, I would ask them to invest time and resources into improving what they do which will require some effort, but will help them manage the demand that’s currently there.”

“That means putting ‘managing finance change’ on the agenda, or whatever the pain points are around these areas. This could be use of data, business demand, business forecasting, the wider use of analytics within the organisation, the automation of transactional processing or something else.”

“Start to look at these ‘pain points’ and set out that vision, and don’t stop after you’ve planned it, really invest in it.”

“If you feel that you have no time to do this, I think you’re simply not seeing the gains that can be made by going on this journey.” 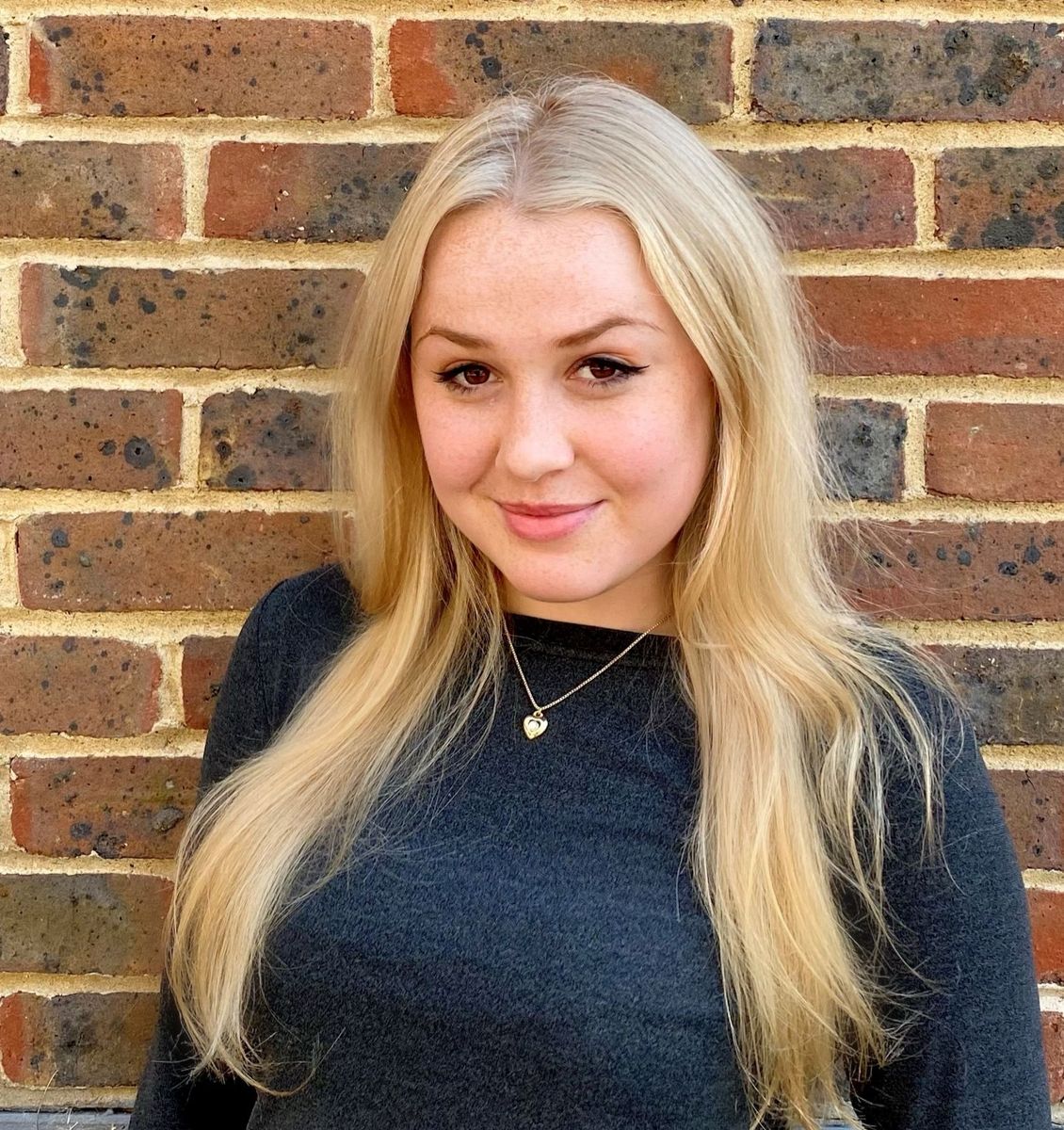 Olivia is an author at GENCFO as well as being the Community Success Manager. Read her articles on everything from events, agility, hot topics in finance and interviews with key finance and accounting industry figures.

You may also be interest in

Turning Compliance Into A Competitive Advantage

Compliance is often labelled as a burden, but that doesn’t have to be the case.
Finance TransformationFinance Leader
People & Change

Finance Leaders, The Machine And Us

On Thursday the 20th of October, GENCFO North hit Leeds once again to discuss the topic of ‘Finance and the Machine – Are CFOs dancing to a new tune?’ with the Northern GENCFO community.
ChangeFinance Leader